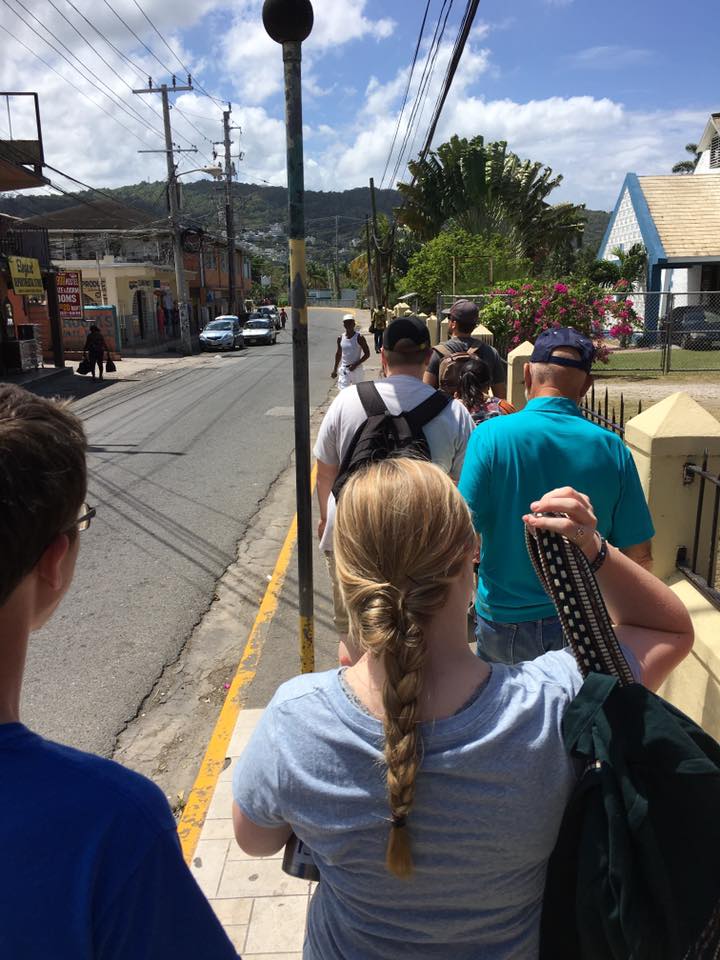 The campaign consisted of walking the streets in the communities from the east side of St. Ann’s Bay all the way to Runaway Bay. In coordination with the house to house bible studies, the local congregation hosted a gospel meeting with Wayne Jones, local preacher for the University church of Christ. The Gospel meeting was held between March 12 – 17 under the theme, “Questions Jesus Asked.” In this series of lessons, brother Jones called on Christians and non-Christians alike to consider that Jesus always asked a question for our benefit instead of for His own personal knowledge. The close of the meeting was fitting as the preacher examined the question, “Why stand ye here idle?” from Matthew 20:6. This salutation was a motivation to continue the work before us whether we are in St. Ann’s Bay, somewhere else on the Island, or in the United States.

Nearly 100 persons were taught the gospel during the week while many more were contacted and left with fliers, tracts, and booklets. On the last day of evangelizing in the streets, one soul decided to be baptized. Other responses included requests for prayers, requests for visits from the local brethren, and requests for follow-up studies after the team from the U.S. left. While much work was done in this partnership, much more work will be left for the St. Ann’s Bay congregation over the next few months to follow-up on these many studies and continue to water seed that was planted.

The campaign team from the States was a bit unique as the group is made up of primarily college age students from the McCarty Student Center, the campus ministry of the University church of Christ which serves Texas State University in San Marcos and many communities colleges and technical schools in the area. These students prepared themselves by living godly lives, regularly praying, attending 6 weeks worth of evangelism training, memorizing curriculum, and having bible studies at home with non-Christians.

“The St. Ann’s Bay COC count it a joy and a blessing to be fellow workers with God and our brethren in sowing the seeds of the kingdom to bring hope and light to a morally decaying and apathetic people.” said Joel, Assistant/Associate Minister at St Ann’s Bay COC.

He further stated “The seed was planted and we see the meeting as a great success because hundreds of persons in the St. Ann’s Bay area and Runaway had the opportunity to be taught the gospel. This resulted in One Soul being converted. Praise be To God. Much thanks to the University COC group and our sister congregations for the overwhelming support.”

The team from the United States consisted of the following: 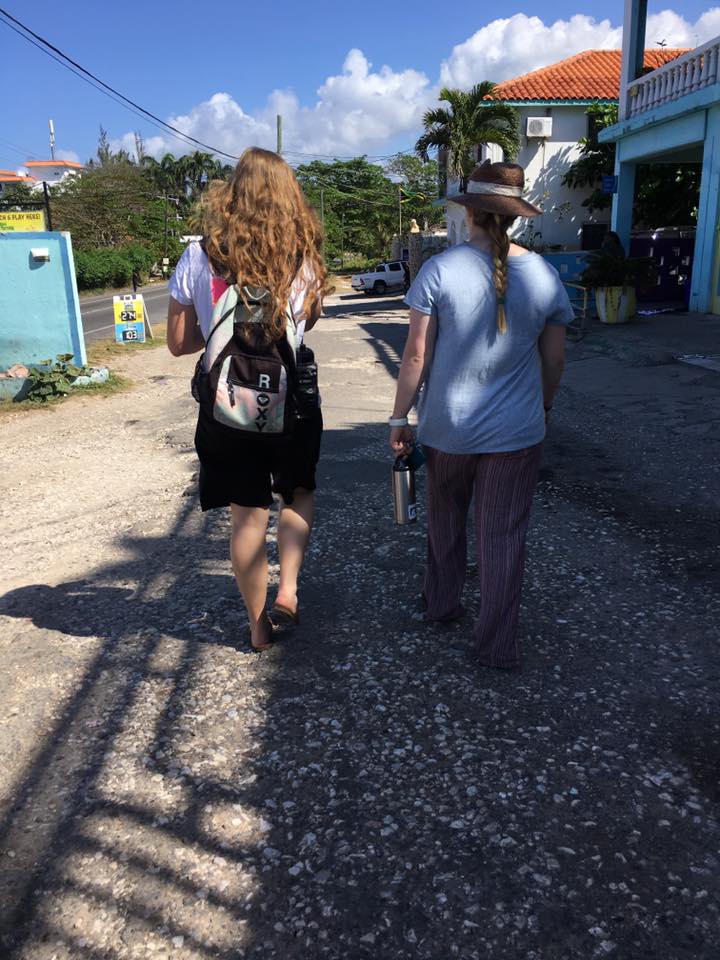 Two sisters strolling the streets of the city 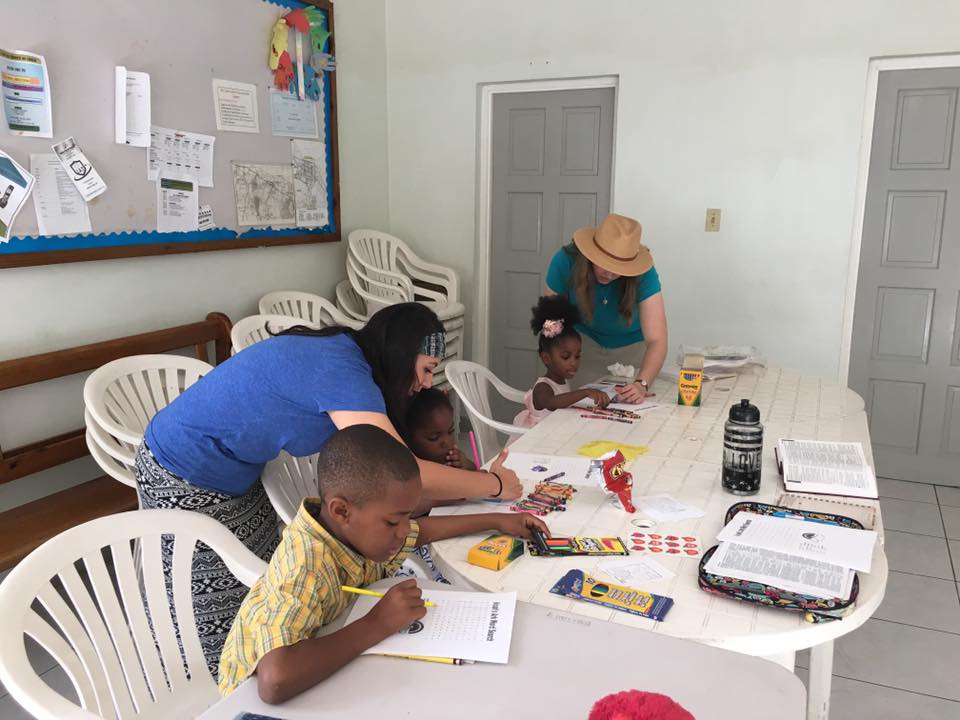 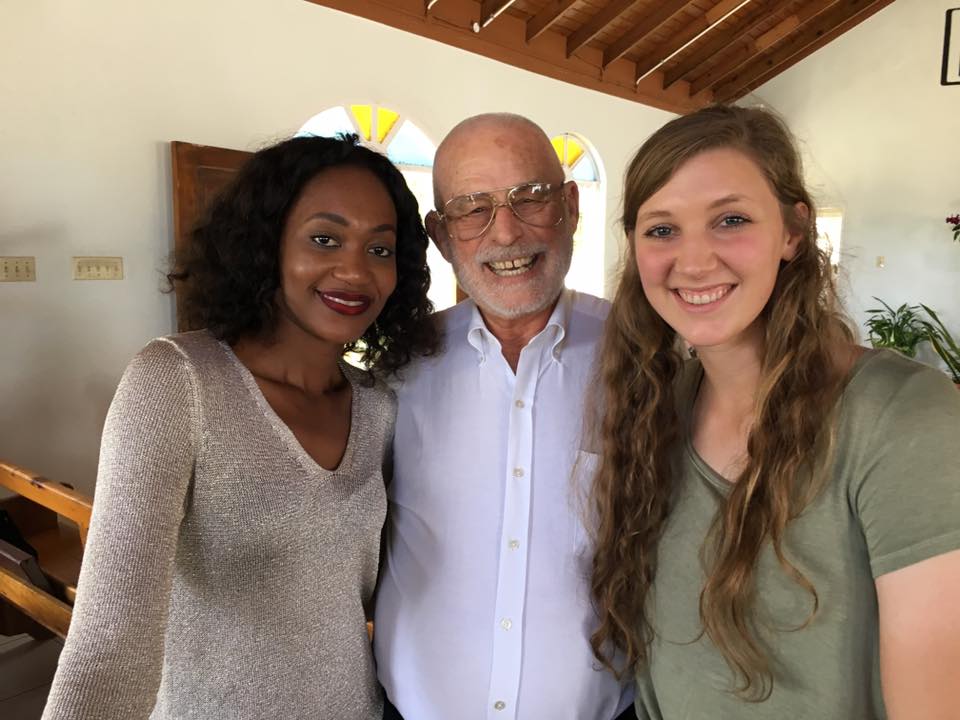 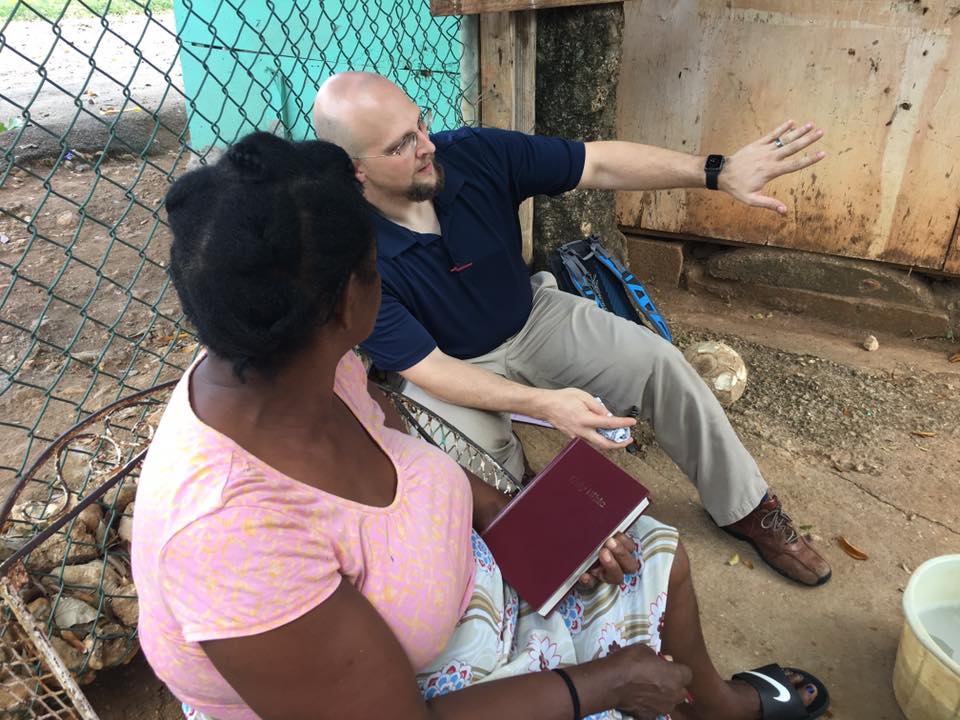 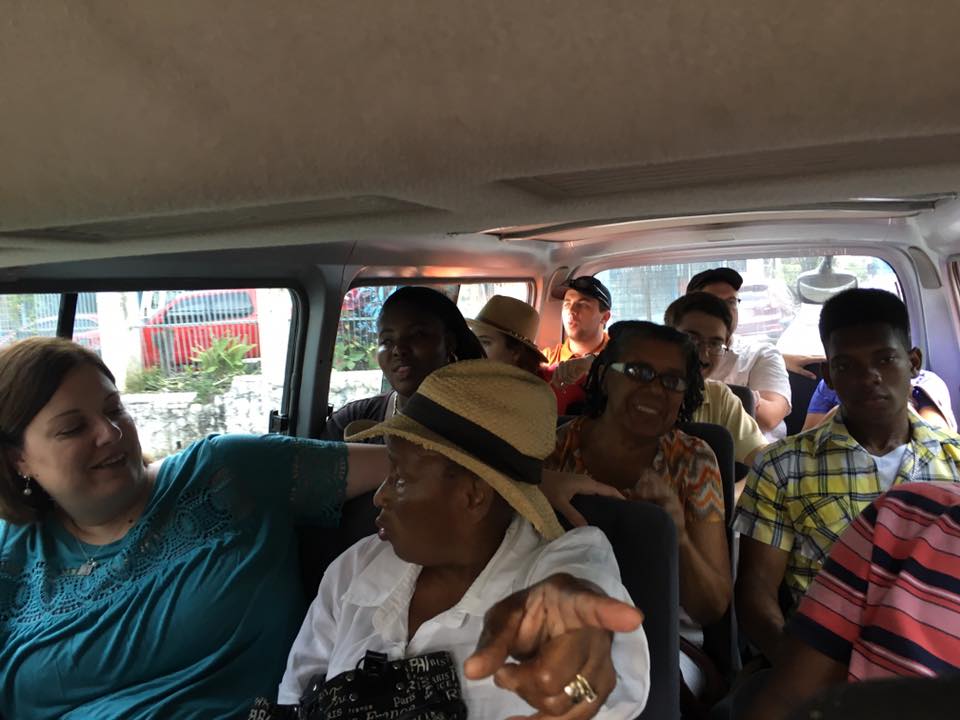 Campaign workers on bus ready for the road 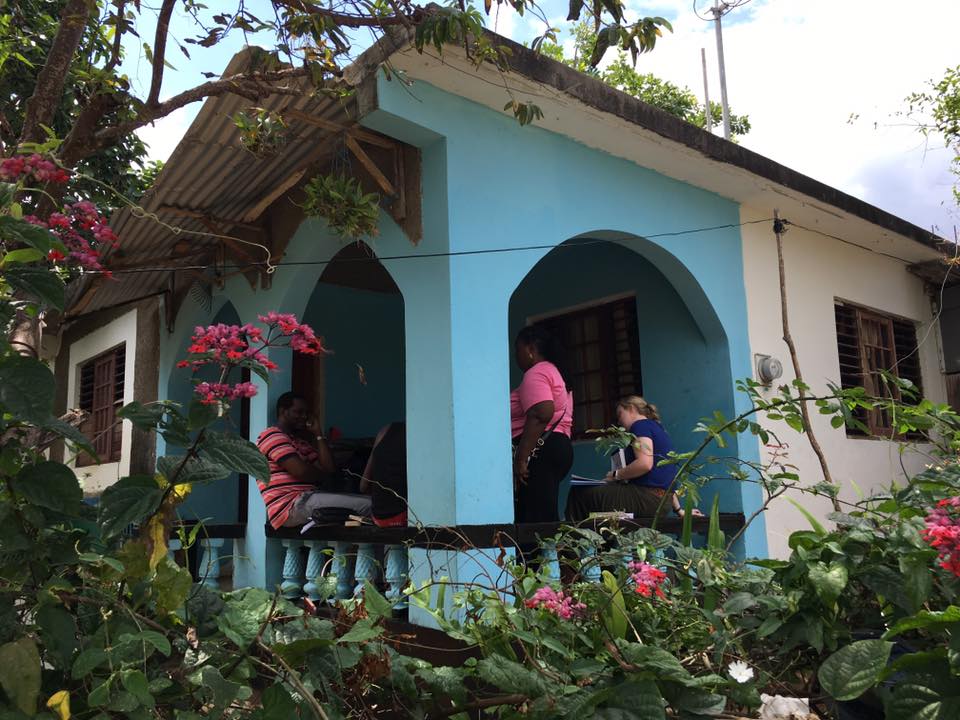 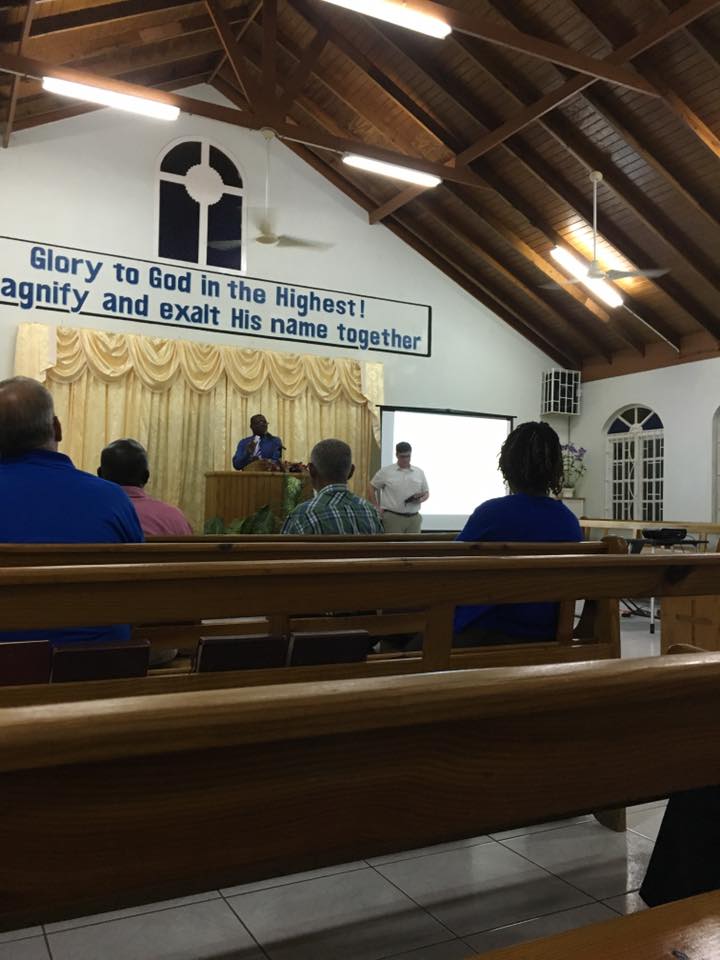 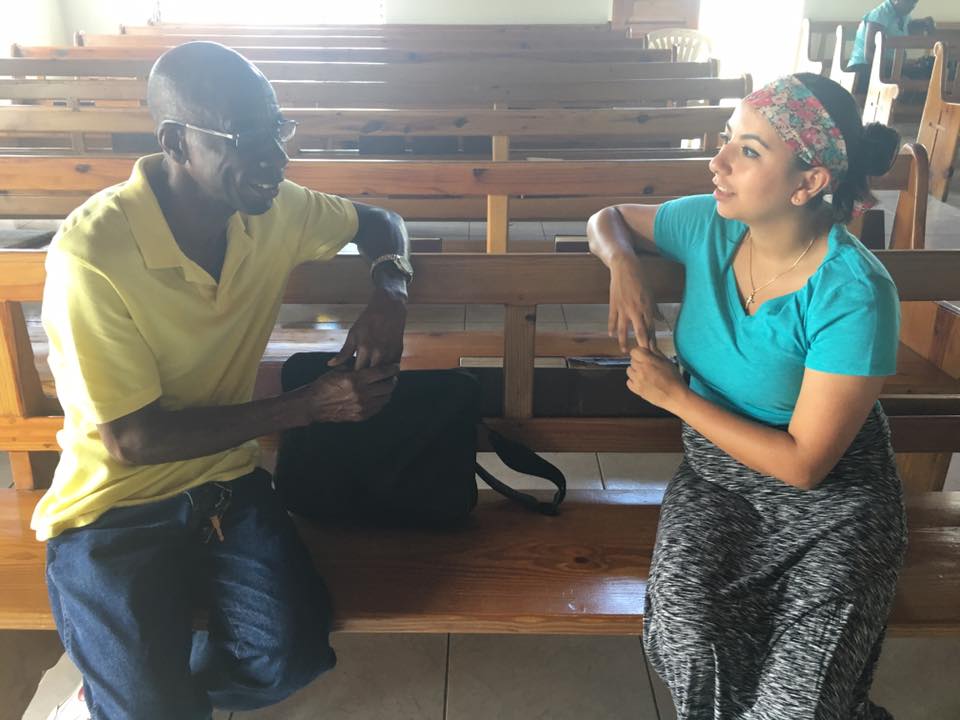 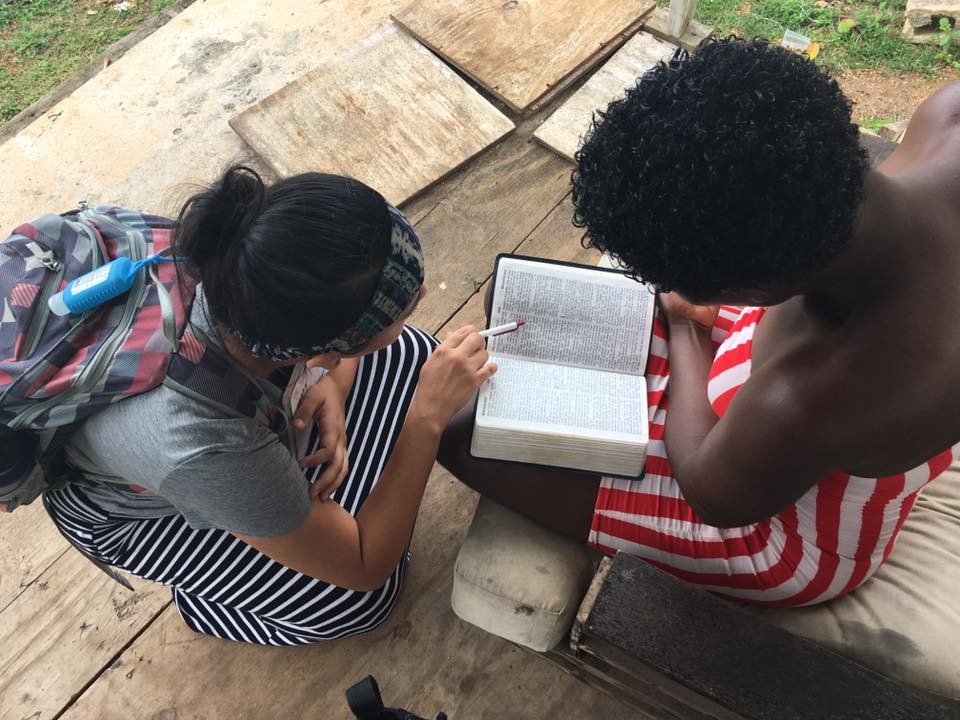 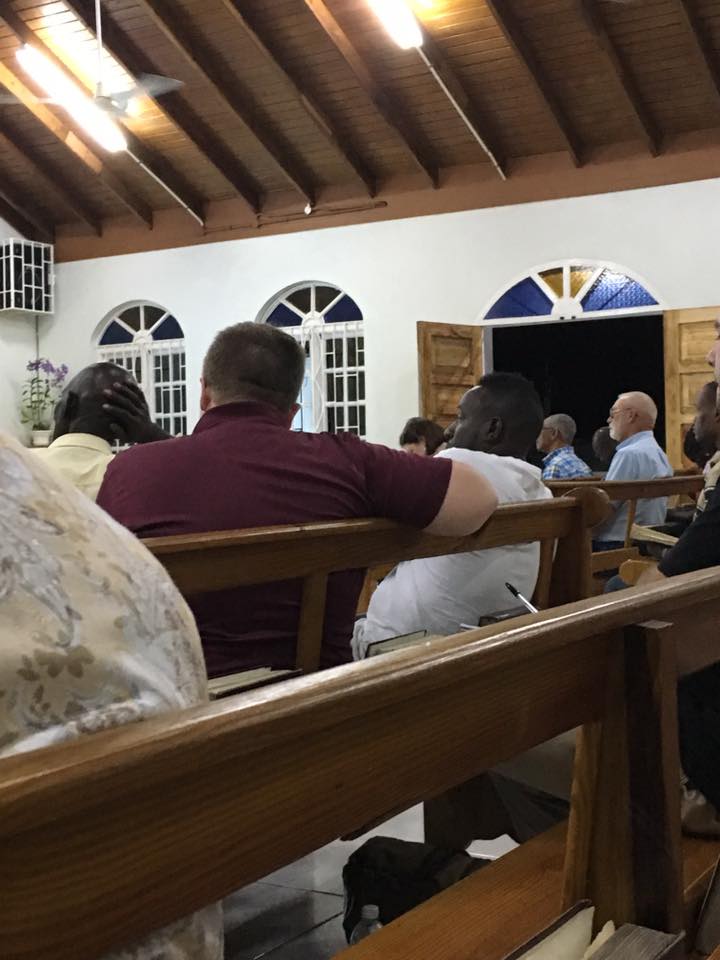 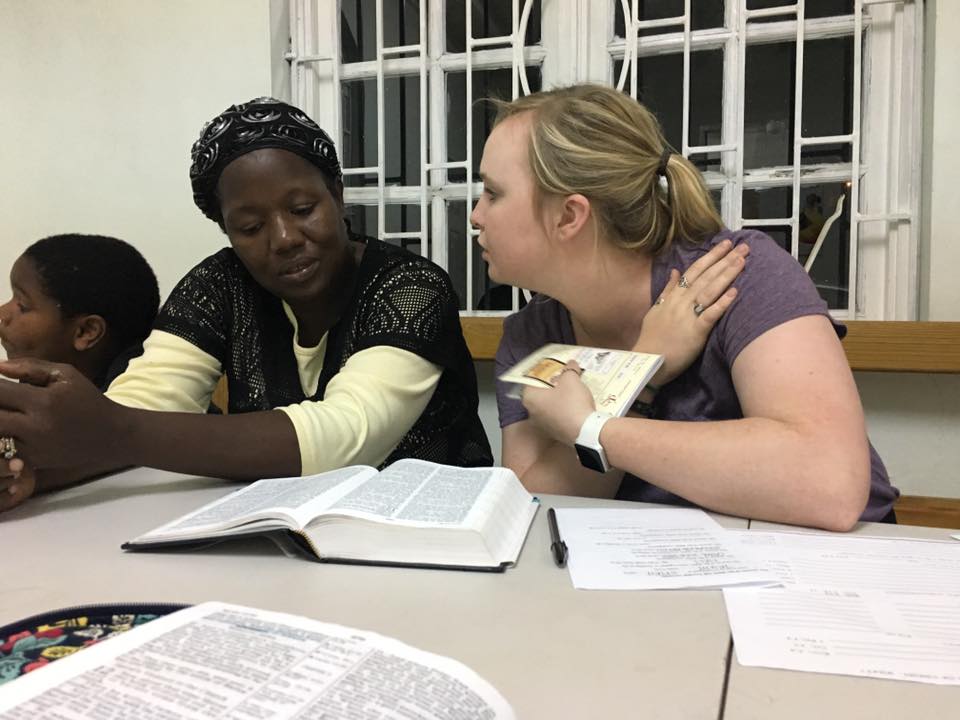 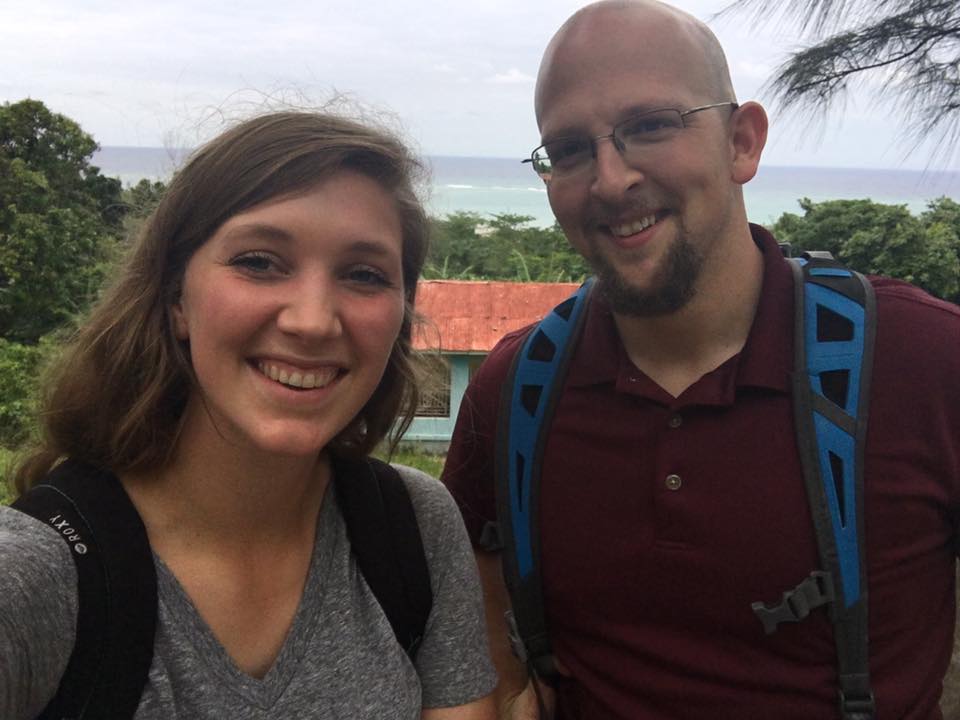 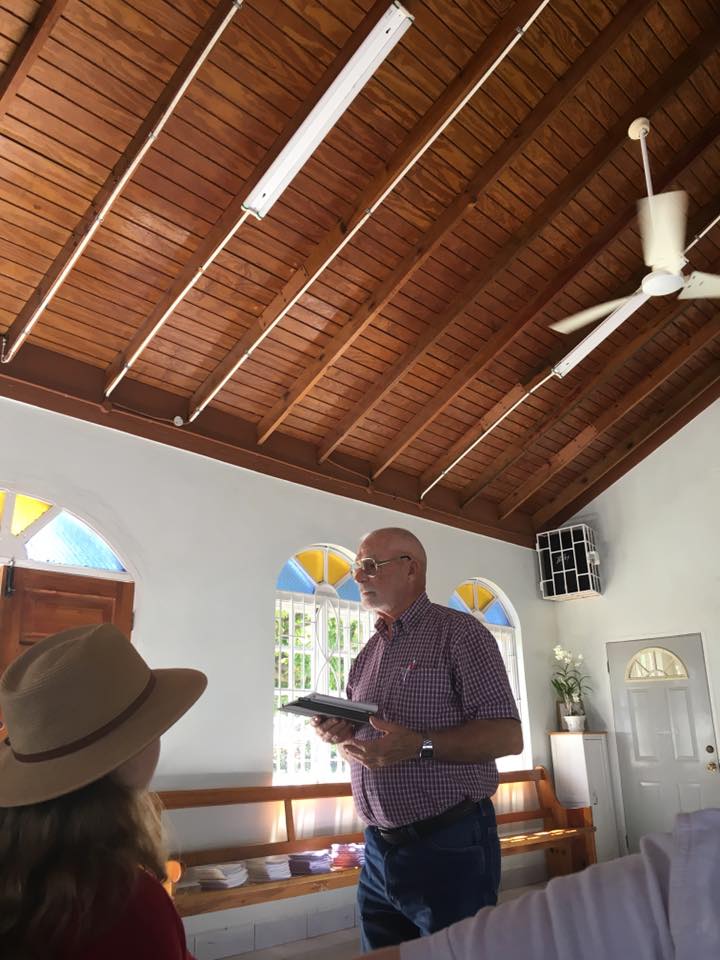 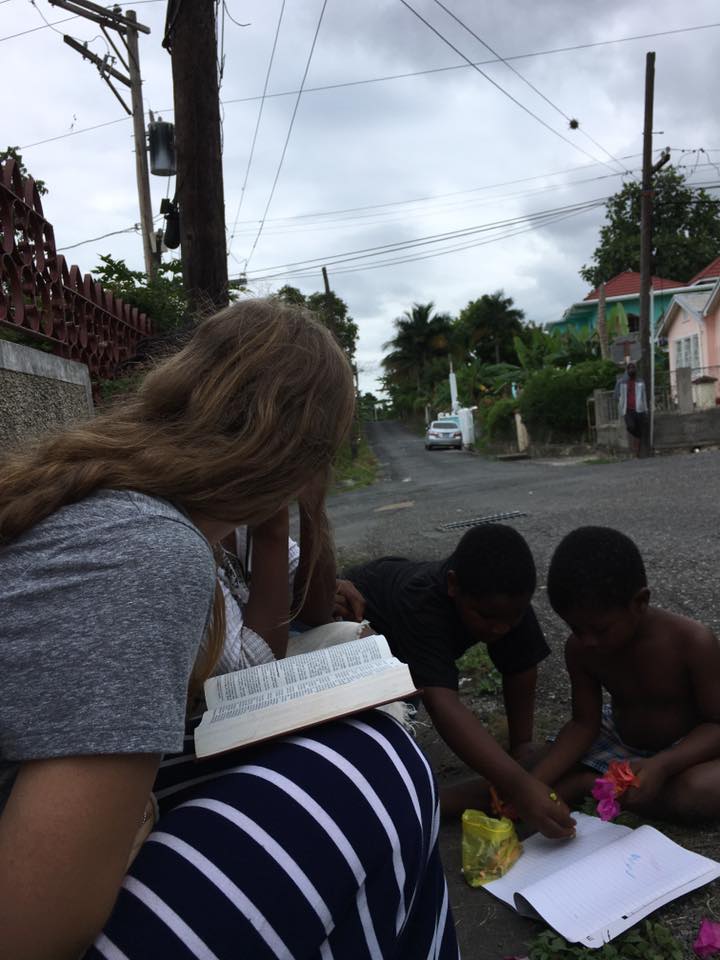 Children by road listening to the word 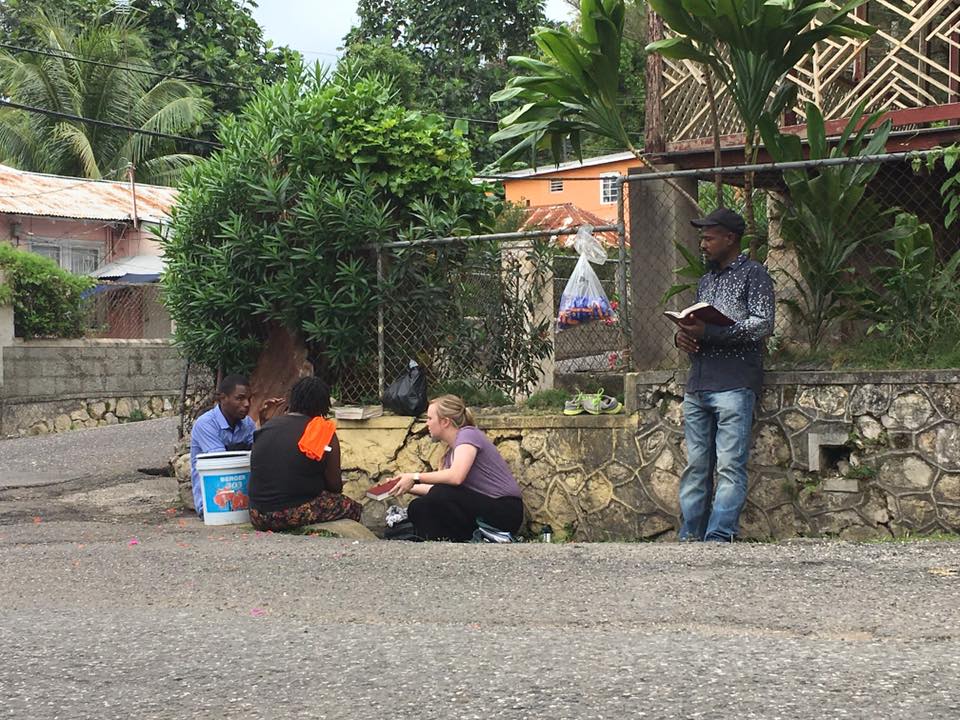 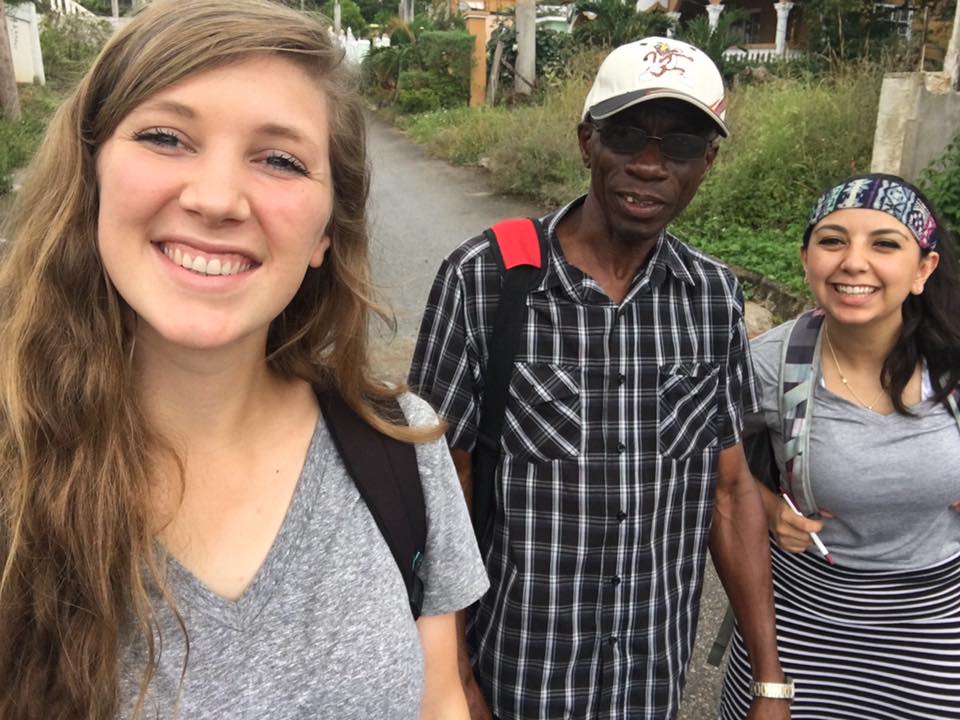