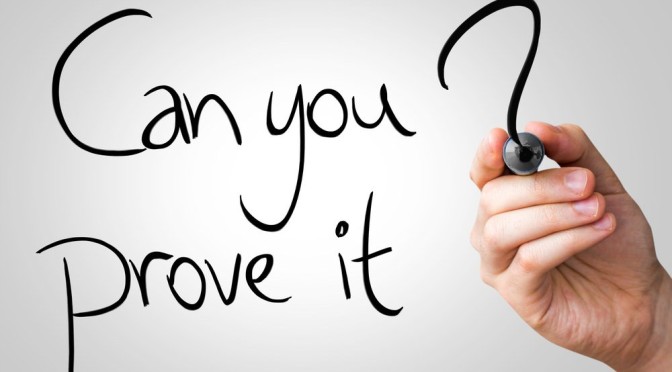 When I was a young child in school, we as innocent children would early in the mornings gather together among our friends. We would brag about who has received this, or who’s uncle is in the army or what each person did over the holidays or the previous day. One common demand made by the doubting listeners was “Prove it!”

A popular quote I have often heard is

Saying it is one thing but proving it is another.

It highlights that anyone can make assertions but until they have been investigated and proven to be so, they are just unverified statements.

In trivial matters proving something may not be all that important as they may not have any dire consequences but spiritual matters require the greatest care! For what can we give in exchange for the cost of losing our soul (Matt 16:26)?

When someone knocks on our door and says they are from the Light Company and they want to inspect our home for a technology upgrade, we don’t accept their word so easily as we understand the dangers that are present if this person in an impostor.

We however demand proof of who they are by asking them to present an ID and some will even take extra measures and call the Light & Power Company to verify the inspection. There are just some things too important to just take at someone’s word. In the same manner we should be even more vigilant with God’s word in accepting spiritual assertions.

Paul in 1 Thessalonians. 5:21 said “Prove all things..” Prove here means to test, examine the truth of a matter. As Paul encouraged the brethren to respect their leadership, there were many false teachers (2 Cor. 11:13, Acts 20:29, Gal. 1:7) saying things at that time which would cast doubt on the hope of the resurrection, Jesus as the son of God and so it was important that one prove all spiritual matters and determine truth from error.

John shared the same encouragement to examine and decipher what is truth (1 John 4:1).

The Berean Christians in Acts 17:11 demonstrated a great attitude of  “Proving it”. They saw the importance of not taking anything at face value. They searched the scriptures daily to examine and see what they were being taught was in fact truth! They did not want to be blind followers of blind leaders (Matt. 15:14).

We cannot afford to be lazy detectives on spiritual matters.  A lazy detective does not do thorough investigation. They may build a case on hearsay and partial truths and come to the wrong conclusion and conviction.

We cannot afford to be dishonest detectives. When confronted with more evidence that should change our conviction on a matter. Let us not make pride, position or prejudice hinder us from repenting and changing our stance.

Let us be good detectives and study God’s word, rightly applying “Thus says the Lord” and in a humble & sincere way “Prove it”. 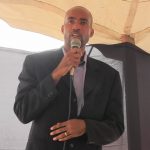 Angel Brown is our web administrator. He has been working with the church for practically all his life. He has held the positions of Sunday Teacher, Bible Class Teacher and Youth Leader for the local congregation he attends.