Cues from the Olympics for Christian Living 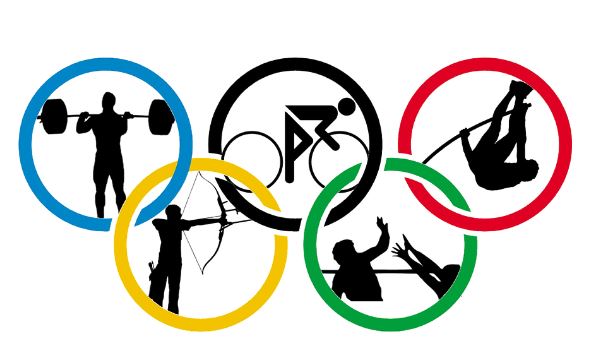 Cues from the Olympics for Christian Living

Usain Bolt – the star of the Bejing 2008 Olympics – exuded supreme confidence. Some say almost to the point of arrogance. That confidence allowed him to be mentally calm and to execute his plan flawlessly. There was no room for doubt. He knew he would win and proceeded with that as a given.

Asafa Powell doubted his ability to run at his best after completing three rounds of heats. His doubting disturbed his inner peace and manifested itself in limiting him physically in the 100m finals.

The issues of fear and doubt are very real for most of us. The ability to proceed with ‘knowing confidence’ is often the difference between success and failure. Unfortunately, fear and doubt is very much present even among Christians whose lives are supposed to be heavily grounded in faith. It is fair to ask whether the believers really believe.

19 Then the disciples came to Jesus privately and said, “Why could we not cast it out?”
20 So Jesus said to them, “Because of your unbelief; for assuredly, I say to you, if you have faith as a mustard seed, you will say to this mountain, ‘Move from here to there,’ and it will move; and nothing will be impossible for you.

The Bolt attitude is demonstrated many times over in the Scriptures by people who accepted that with God all things are possible. David (v Goliath), Daniel (lion’s den), Joshua (Jericho battle) readily come to mind. Christians need to be inspired by these examples to “ask believing” and then proceeding with knowing confidence. At all cost, Christians must avoid doubting.

6 But let him ask in faith, with no doubting, for he who doubts is like a wave of the sea driven and tossed by the wind. 7 For let not that man suppose that he will receive anything from the Lord;

The Jamaican Olympic team missed achieving the historic feat of winning all the sprint events at a single Olympics. In the midst of the euphoria and the basking in one gold medal achievement after the other, the ladies failed to get the baton around in the 4 x 100 relay. Assured victory turned to shocking despair and disappointment.

Christians must be ready to accept good times and bad times. The Apostle Paul has set us a perfect example. Phil 4:11-13
11 Not that I speak in regard to need, for I have learned in whatever state I am, to be content: 12 I know how to be abased, and I know how to abound. Everywhere and in all things I have learned both to be full and to be hungry, both to abound and to suffer need. 13 I can do all things through Christ who strengthens me.

The Jamaican saying “The same knife that stick sheep stick goat” has relevance to those who revelled in the fact that the American sprint relay teams had dropped the baton. I was overcome by a sense of deep sadness when their women dropped the baton. Maybe, that was a foreboding of the fate that would befall the Jamaican women.

There was also the situation in the 110m hurdles for women when one competitor crashed into a hurdle and fell. Bridgette Foster-Hylton (Jamaican hurdle finalist) was gracious in consoling the fallen athlete. Empathy is an important aspect of Christian living. In another context, we are admonished to bear the burdens of others.

1 Brethren, if a man is overtaken in any trespass, you who are spiritual restore such a one in a spirit of gentleness, considering yourself lest you also be tempted. 2 Bear one another’s burdens, and so fulfill the law of Christ. 3 For if anyone thinks himself to be something, when he is nothing, he deceives himself.

We are living in a period where individualism appears to be a dominant philosophy for living. We seem to be consumed with looking after our own interest. The common good is not high on our agendas. The shared fate of the two women’s relay team and Foster-Hylton’s compassion should remind us that Christian living requires us to be concerned about others. In loving others as we love ourselves we need to walk in their shoes at times.

Focus on the goal

The successful athletes at the Olympics repeatedly spoke of their focus on the lofty objectives that they had set for themselves. They had their goals clearly set before them. Many of them had to overcome injury, defeat and other challenges but they refused to be distracted from their goal. They refused to be put off by potentially discouraging events and comments.
Christians are required to keep their eyes on the goal of winning the ultimate prize – Eternal life. Too many persons who enter the faith get distracted and discouraged and give up on their chance of obtaining the ultimate prize. The perseverance of the Olympians serves as a reminder for Christians to stay the course, complete the race and win the prize.

13 Brothers, I do not consider myself yet to have taken hold of it. But one thing I do: Forgetting what is behind and straining towards what is ahead, 14 I press on towards the goal to win the prize for which God has called me heavenwards in Christ Jesus. 15 All of us who are mature should take such a view of things. And if on some point you think differently, that too God will make clear to you

There was a lot of pre-Olympics concern as to whether Bolt should run the 100m at the Olympics. It would commit him to running 7 races before the treasured 200m final. Would he reach for too much and come away with less than was expected of him?

Michael Phelps committed himself to seeking 8 gold medals in a single Olympics. That was a daunting feat that had never been achieved. Bolt and Phelps dared much and reaped unprecedented rewards.

The Bible is replete with examples of people who have ventured much in faith. Christian living is based on firmly grounded faith. Today, Christians need to go for more. In many instances, we are limiting the manifestation of the power of God in our lives. We settle for less than we can achieve and we fail to test just what is possible under God’s guidance.

Bring the whole tithe into the storehouse, that there may be food in my house. Test me in this,” says the LORD Almighty, “and see if I will not throw open the floodgates of heaven and pour out so much blessing that you will not have room enough for it.

This is the God who provided so much manna that the complaining Israelites over ate to the point of vomiting. The God who greatly rewarded Abraham’s obedience. The God who protected Apostle Paul through many perils.

We serve a “can do” God. We need to adopt a “can do” spirit. Rise up Christian soldiers and let the power of God be seen in you and in your magnificent achievements. Step out in faith and see if God will not indeed open the floodgates of heaven on your efforts.

Two athletes missed out on getting medals despite finishing second and third in the men’s 200m final. They were guilty of violating the lane restrictions. Their performance in the race confirmed that these were good athletes. They had run fast. However, they did not operate within the guidelines. They got so caught up in trying to achieve their objectives that they failed to pay sufficient attention to the rules.

Many of us fall into the same trap. We are so fiercely committed to achieving our goals that we fail to pay sufficient attention to the rules that govern our behaviour. Some Christians are putting their souls at risk by stepping outside of the principles for Christian living that are outlined in the Scriptures.

19 Now the works of the flesh are evident, which are: adultery, fornication, uncleanness, lewdness, 20 idolatry, sorcery, hatred, contentions, jealousies, outbursts of wrath, selfish ambitions, dissensions, heresies, 21 envy, murders, drunkenness, revelries, and the like; of which I tell you beforehand, just as I also told you in time past, that those who practice such things will not inherit the kingdom of God.

22 But the fruit of the Spirit is love, joy, peace, longsuffering, kindness, goodness, faithfulness, 23 gentleness, self-control. Against such there is no law. 24 And those who are Christ’s have crucified the flesh with its passions and desires. 25 If we live in the Spirit, let us also walk in the Spirit.

Qualifying standards are established for participation in the Olympics. Olympians are required to meet certain criteria. While many might dream of standing on a medal winning podium those dreams cannot come to fruition if they fail to comply with the entry requirements. You must qualify for entry if you hope to win the prize.

Many persons are leading lives that onlookers may consider to be “good lives.” It is hard to fault them on their behaviour. However, they will miss out on the opportunity to gain the ultimate prize – Eternal Life – because of their failure to comply with the entry requirements. To qualify for eternal life, one must obey the Gospel and complete the plan for salvation that is laid out in the Bible.

The gospel relates to hearing the good news that you can be redeemed from your sins because Christ paid the ransom for you through His death and resurrection.

You must also believe the good news.

Heb 11: 6 And without faith it is impossible to please God, because anyone who comes to him must believe that he exists and that he rewards those who earnestly seek him.

Faith is not enough. We are called to act on our belief and to make a decision to no longer let sin reign in our lives but to seek to live in obedience to God. This is the very important act of repentance.

Luke 13: 2 Jesus answered, “Do you think that these Galileans were worse sinners than all the other Galileans because they suffered this way? 3 I tell you, no! But unless you repent, you too will all perish.

You then have to confess Jesus as Lord of your life. This is a public declaration of your belief that Jesus is the Son of the Living God:

Another major step is that you must be baptized for the removal of our sins.

Gal 3:26 For ye are all sons of God, through faith, in Christ Jesus. 27For as many of you as were baptized into Christ did put on Christ.

Leading a supposedly ‘good life’ outside of Christ is like running a ‘good race’ in the wrong lane. In both instances you will be denied the coveted prize. 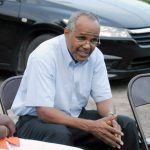 Trevor ES Smith is an author and people skills and performance enhancement specialist with the Success with People Academy. He is a hands-on practitioner in the areas of Inter-personal relations, Marketing, Sales, HR and Management processes. He presents unique perspectives on inter-personal relationships, leadership, team building, customer service, technology and time mastery.